Ritedose is a full-service pharmaceutical company that leverages blow-fill-seal technology. Its capabilities extend well beyond manufacturing, with an in-house development team specializing in all aspects of bringing a product to market - from lab scale batches, regulatory filings, scale-up manufacturing, and distribution. They have over 20 years of experience producing respiratory and ophthalmic products and a 1.7-billion-unit capacity facility utilizing the latest technology in formulation, Blow Fill Seal, and high-speed packaging.

The Ritedose Corporation was looking to solve the issue of charging sterile API into a mixing tank. This is a common problem with all aseptically prepared pharmaceutical products.

Critical to the process was maintaining sterile conditions while docking a container to the vessel and then transferring solid API to form a liquid suspension. With a fully dissolved liquid, the product could be sterile filtered to ensure sterility as it was passed to the filler. Although in this case, the product being passed to the filler was a suspension and so this option was not possible.

This required the whole process to be performed under aseptic conditions and as such would normally mean one of the following upgrades would be required.


1. Upgrade the whole room from a grade C cleanroom to grade A.

2. Upgrade the room to a grade B environment and additionally introduce an over pressurized grade-A area around the point of fill.

3. Upgrade the room to a grade B environment and additionally introduce a RABS system at the point of fill or full vessel.

4. Maintain the grade C cleanroom but introduce isolator technology around the point of fill or full vessel.


Traditionally RABs and isolator technology would have been favored here due to the benefits they bring in terms of improved sterility assurance, employing the fundamental techniques of separation and decontamination. That said, when considering some of the negative constraints which come with these technologies, such as high initial capital investment, space, ergonomics and ongoing cost and energy consumption, the company decided to look elsewhere to find a solution that was more suited to this critical task.

An aseptic bio-valve product was selected as an ideal solution to this problem, providing a sealed powder transfer in a small footprint mounted to the inlet port of the vessel. The valve can be pre-steam sterilized along with the vessel, unlike traditional SBVs or other conventional connections (see illustration 1a/b). On final connection, it also removed any room contamination from the mating faces of the transfer in a controlled and validated manner (see illustration 2a/b). The AseptiSafe Bio valve works by creating a sealed chamber between the transfer container (passive section) and vessel (active section). When the two halves dock together, the sealed chamber is then bio decontaminated with a STERIS Vaporized Hydrogen Peroxide, VHP®, Biodecontamination System. The STERIS VHP Unit removes any biological contamination, to a validated 6 log reduction and leaves the space and mating faces decontaminated and ready to fully dock together. Once fully mated the disc can be opened which allows the product to be transferred from transfer container to vessel, free from the risk of contamination. Performing this transfer still within the grade C space provided enormous cost and production benefits, although the process needed to be fully validated to ensure the initial perceived benefits could be proven.

The first step in microbiologically validating the process was to generate a validated decontamination cycle for the hydrogen peroxide gassing phase. STERIS VHP’s dry, gaseous process consists of four distinct phases, which the generator will run through to ensure all critical conditions are met and a validated cycle is performed each time. All four phases are set on time.

1. Dehumidification –Where the valve being gassed reduces the humidity within the chamber to provide ideal condition for biological kill.

2. Conditioning –Where VHP is introduced into the valve to build up to levels to achieve good decontamination.

3. Decontamination – VHP concentration is maintained to deactivate any microbiological activity within the valve.

4. Aeration –Where on completion of the biological decontamination, the VHP is removed from the system so that no harmful levels of residue are left. Normally the acceptance level is 1ppm although in this instance 0.4ppm was used as the acceptance level. Ritedose used a lower residue limit to ensure they had a robust system and no chance of contamination of there product due to gas residue.


The full decontamination cycle can be achieved in as little as four minutes although 20 minutes is more typical. For this application the process was only being performed once a day and to ensure a robust cycle was produced, additional time was added to each of the critical phases, ensuring that decontamination was confirmed, and gas was aerated from the system. This resulted in a 41minute full cycle (conditioning to aeration).

Initial cycles utilized chemical indicators (CIs) to determine H202 distribution. When satisfactory CI results were achieved, biological indicators (BIs) were introduced to the process to confirm the process was successfully achieved. Upon completion of each cycle, all BIs and CIs were collected. The CI strips were then checked for color change to ensure uniform vapor distribution. The BIs were transferred to a suitable growth media, in this case Spordex® Culture Media and incubated at 55°C to 60°C for seven days. They were observed daily for any microbial growth.

Acceptance criteria for the cycle included:

A) All CI strips used in the cycle must have changed color.

B) The positive control BI must demonstrate growth.

C) At least one BI from each location must not demonstrate growth.

Once the cycle was developed it was then executed in triplicate to form the performance qualification (PQ) for this element of the process.

In order to fully validate the system, the process was challenged with multiple media runs prior to validation. These successful media challenges were then carried forward with three media runs at PQ. The sterile hold was demonstrated at greater than 10 days with product transferred to the vessel and with the bio valve held in the closed interlocked position. The sterile hold period was demonstrated for the passive section (product in transfer container) for 48 hours, which was more than adequate as typically this would be at most half this time.

The installation is now operational and in full production. The original benefits seen at the outset of the project such as low capital equipment cost, smaller footprint and ease of installation, have now been matched by improved sterility assurance, ease of use for operators, and low maintenance. The system is straight forward to use, easy to install / validate and has certainly improved their process.

One learning from this project was at the dispensing stage. At the time of validation, the system installed was a fully rigid reusable solution where pre-sterilized API was supplied to Ritedose in bags. These bags were opened and then subdivided and dispensed within an aseptic isolator to the pre autoclaved transfer container and bio valve passive section. It would have been beneficial to sterilize the product, container and transfer connection in one step (gamma irradiation), although due to the constraints associated with gamma sterilizing stainless steel and elastomeric assemblies as one item this was not possible.

This solution is now available from ChargePoint in the form of a Single Use Passive (SUP) / ChargeBag® and in the future could be adopted to improve and streamline the process. Whereby the whole package (bag and Passive) could be sent away for gamma sterilization, instead of having multiple individual sterilization and aseptic assembly steps.

“It was critical that we chose the right solution for this project to prevent product contamination and expensive product loss. We selected the ChargePoint AseptiSafe® Bio transfer valve because of its increased sterility assurance when handling sensitive ingredients such as our drug substance. We have received considerable support during the project and are benefitting from significant cost reductions and process efficiencies.” 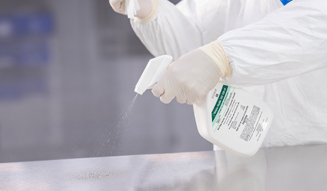 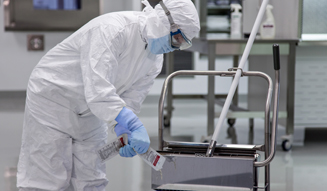 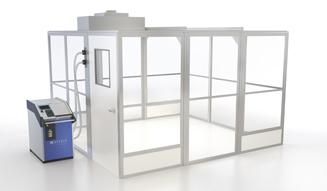 Keep current on STERIS Life Sciences news and innovations that impact your industry.